Back in the days when I was writing short stories, I used to say it felt as though my characters walked up to me and said, “Tell my story or I will die.”

The feeling’s not quite the same with 19th-century characters who, after all, are long dead. Rather, the compulsion is to tell their stories so they won’t be forgotten. That was the motive behind the writing of my two historical novels: The Ambitious Madame Bonaparte and Blood Moon: A Captive’s Tale.

I learned about Betsy Bonaparte through the A&E television series based on the Horatio Hornblower novels, which focus on the exploits of the British navy during the Napoleonic Wars. In one episode, Hornblower and his crew encounter a young couple trying to sneak into France by rowing ashore during a destructive gale. Hornblower’s crew members take them aboard the HMS Hotspur, and after a brief period of deception, the passengers reveal that they are Napoleon’s youngest brother Jerome and his American wife.

The plot stunned me. I was an editor of history textbooks, yet I’d never heard that a Bonaparte had married an American. So, I googled Elizabeth “Betsy” Patterson Bonaparte and learned that she had indeed existed and that her story was far more dramatic than what was presented on A&E. Betsy was beautiful, but she was also well-read, skilled with numbers, and quick witted. She was ambitious—her term for herself, not mine—and she wanted a life that would allow her to exercise her talents. To achieve this, Betsy defied the republicanism of the early United States and decided to seek a noble marriage that would carry her to the courts of Europe. When she met Jerome Bonaparte, who was visiting her hometown, the two fell in love and impulsively decided to marry. Little did they know that Napoleon had other plans, namely that his brother should make a political marriage to bolster the French empire. Betsy faced the opposition of the most powerful man in the world, yet she never stopped fighting for her rights or those of her son. 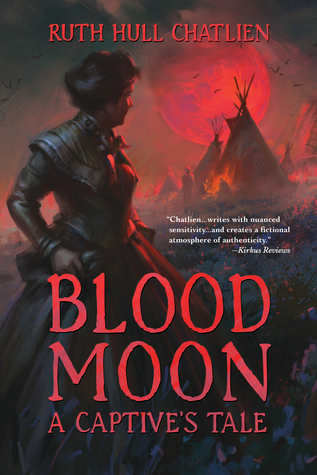 I learned about Sarah Wakefield, the protagonist of my second novel, while listening to an NPR broadcast about the 150th anniversary of the Dakota War of 1862, a much-neglected chapter of U.S. history. Many of the Eastern Dakota who lived in Minnesota rose up in August 1862 and led a doomed revolt against the rapidly growing white populace. It was one of the deadliest Indian wars in our history. To this day, historians don’t know exactly how many died during the conflict. Estimates range from the 400s to the 800s.

Unlike Betsy, Sarah was a plain woman who had no lofty goals for her life. She traveled alone from her home state of Rhode Island—perhaps to escape a scandal that she forever after refused to explain—to the territory of Minnesota shortly before it became a state. There she married a doctor who, in 1861, became one of the two government-appointed physicians on the Dakota reservation. When the conflict broke out, John Wakefield sent his wife and two pre-school children to a nearby fort for safety, but they were captured on the way and held captive for the entire six-week duration of the war.

Nearly three hundred white and mixed-blood Minnesotans were held prisoner during that conflict. The reason I focused on Sarah is that her story was unique. She was very interested in Dakota culture and learned some of the language before the war. Once she was captured, her strategy for surviving was the exact opposite of the strategy used by most white captives. Sarah decided to adopt the Dakota way of life. After the war, she testified on behalf of Chaska, the man who had protected her. As far as I know, she was the only white captor to testify in favor of a Dakota warrior, and white society despised her for it. Sarah was the best choice for my story because her unusual sympathies made her a bridge character who could help me show both sides of the conflict.

Betsy Bonaparte and Sarah Wakefield were two very different women who shared one crucial trait. Both defied society’s expectations and forged their own paths in a time when that was extraordinarily difficult for women to do. Because of that, I’m glad to have recorded their “herstory” so that neither woman will be forgotten. 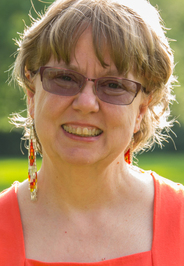 Keep up with Ruth here and check out her books, The Ambitious Madame Bonaparte and Blood Moon on Amazon.